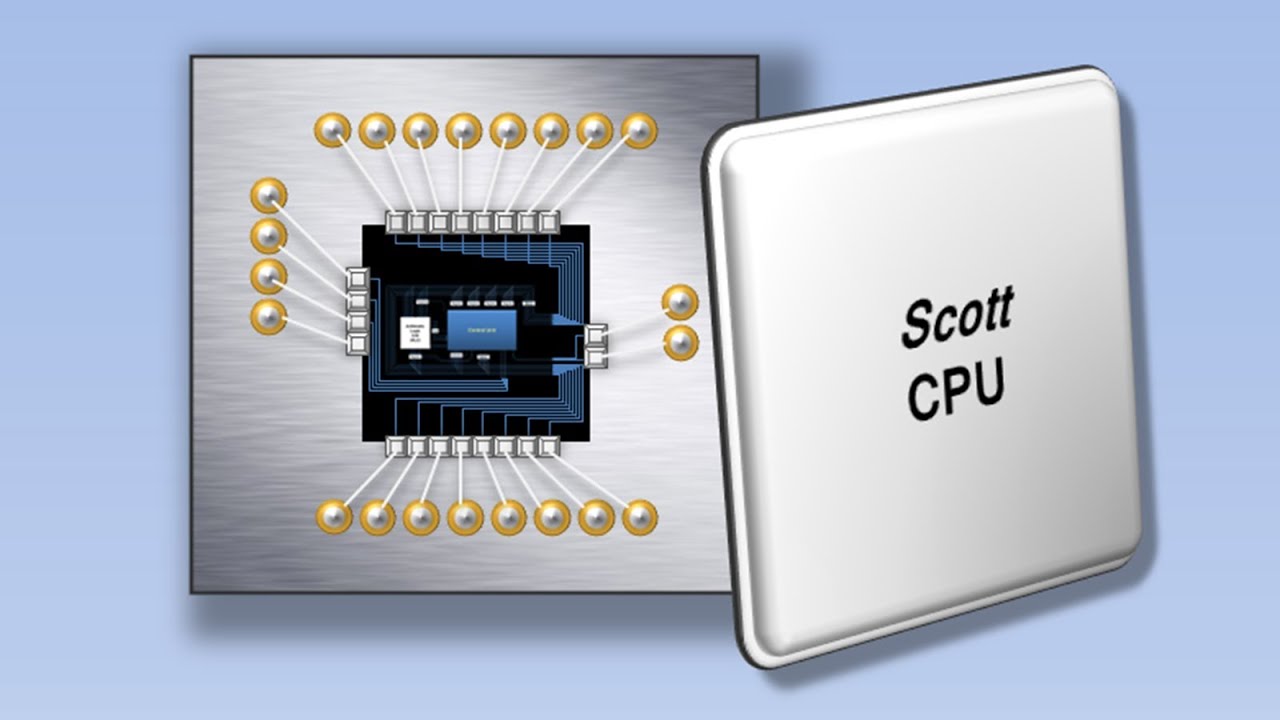 Uncover the inner workings of the CPU.

For anyone annoyed by the breaths between speaking, try this unlisted version with edited audio:

Download the PowerPoint file used to make the video:

The CPU design used in the video is copyrighted by John Scott, author of the book But How Do It Know?.

There are a few small differences between the CPU in the video and the one used in the book. Those differences are listed below but they should not detract from your understanding of either.

CONTROL UNIT – This component is called the Control Section in the book. It is called Control Unit here simply because that is a more common name for it that you might see used elsewhere.

IN and OUT INSTRUCTIONS – In the Scott CPU, there is more involved in moving data between the CPU and external devices than just an IN or an OUT instruction. That process was simplified in the video to make the introduction of the concept easier.

ACCUMULATOR – The register that holds the output of the ALU is called the Accumulator in the book. That is the name typically used for this register, although it was simply called a register in the video.

JUMP INSTRUCTIONS – In the book there are two types of unconditional JUMP instructions. One jumps to the address stored at the next address in RAM (this is the one used in the video) and the other jumps to an address that has already been stored in a register. These are called JMP and JMPR instructions in the book respectively.

MISSING COMPONENT – There is an additional component missing from the CPU in the video that is used to add 1 to the number stored in a register. This component is called “bus 1” in the book and it simply overrides the temporary register and sends the number 1 to the ALU as input B instead.

REVERSED COMPONENTS – The Instruction Register and the Instruction Address Register are in opposite positions in the diagrams used in the book. They are reversed in the video because the internal wiring of the control unit will be introduced in a subsequent video and keeping these registers in their original positions made that design process more difficult.

15 Ways to Sneak Snacks into the Movies!