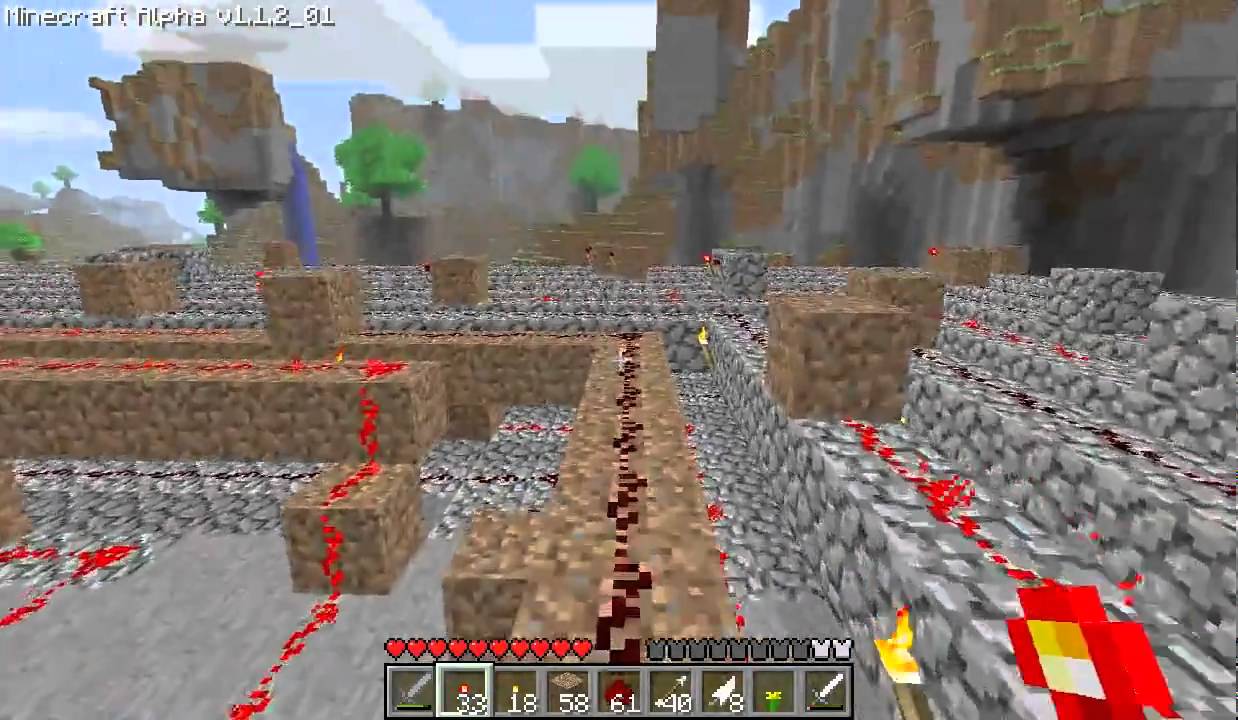 This is the first part of a planned 16-bit computer that will run entirely in minecraft. That computer will be “Hack” compatible, which is to say that it’ll run code meant for the Hack machine described in The Elements of Computing Systems (a fantastic book that you should look up if you are at all interested in how computers work. Its website is ).

The design was drawn up in a program called Redstone Simulator (does what it says on the tin), which was written by Baezon on the Minecraft Forums

MCEdit ( ) was used to help clear off space and import the design into minecraft. Hours of experimenting with prototypes, modifications to the design, and debugging took place in the game itself, however.

This project is far from over. Memory, here I come…