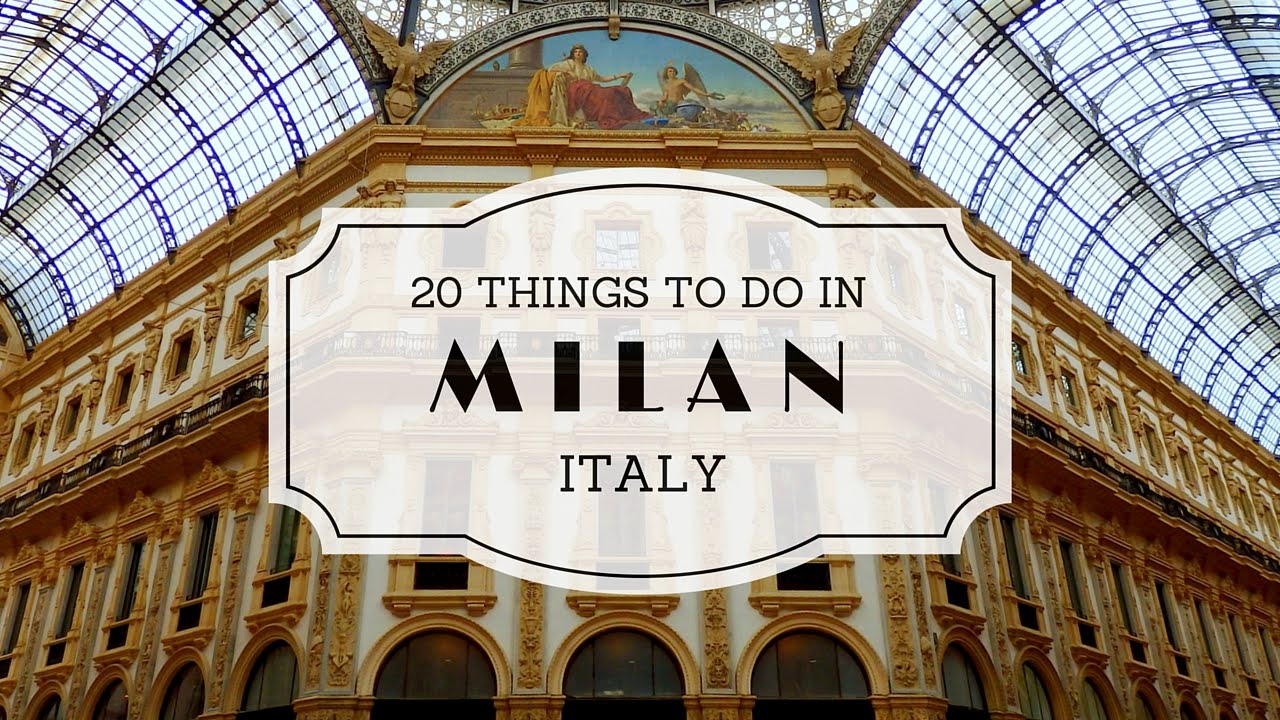 20 Things to do in Milan Italy Travel Guide

Well, welcome to Italy! This week we’re exploring the fashion capital of Europe. We’re here in Milan. But of course there is more to do in Milan than just go shopping. So we’re going to be showing you 20 attractions around town.

We had 3 days in Milan so we hit the ground running and tried to see and do as much as possible. We made time for major attractions like Il Duomo, Sforza Castle, and Galleria Vittorio Emanuele II, but we also veered away from the crowds in search of street art and interesting neighborhoods. This being Italy, we also tried to prioritize meals, sampling everything from pizza to risotto, and cappuccinos to aperitivos. The following travel guide will highlight 20 things to do when you visit Milan, Italy

Our trip to Milan, Lombardy was part of the Blogville project where we stayed in a local apartment and experienced all of the best cultural activities, museums, restaurants, arts and entertainment the city has to offer. This city guide is our best attempt to create a mix of best attractions and off-the-beaten-path activities that you won’t necessarily find in a typical Milan tourism brochure.

20 Things to do in Milan Italy Travel Guide Video Transcript:

Our first stop was Il Duomo, which is the most recognized attraction in the city. The cathedral took nearly six centuries to complete.

So we’ve sat down at a little cafe and we’re going to have our first Italian breakfast with cappuccino and sweet pastries.

Something that surprised us about Milan is that there is a castle right in the middle of the city. Sforza Castle was built in the 15th century by the Duke of Milan, and it then underwent several restorations and expansions in the following centuries. Today it houses several of the city’s most prized art possessions, including frescoes by Leonardo da Vinci and Michelangelo’s very last sculpture.

For some upscale designer shopping, Galleria Vittorio Emanuele II is the place to be.

So we just found a local little restaurant and we’re going to be trying a traditional dish that is very popular in this city and in the Lombardy region. We are going to have Risotto alla Milanese.

The Colonne di San Lorenzo are the remains of Roman ruins that date back to the 2nd century. They are believed to have been part of a bath house.

Another fun activity to try in Milan is a boat tour of the canals. The city’s canals are attributed to Leonardo Da Vinci, who in 1482 was called over by the Duke of Milan to help renovate the city’s canal system.

Milan’s Navigli District is one of the liveliest parts of town especially when the sun goes down for dining al fresco.

So we’ve gone out for our first Italian Aperitivo. Which is kind of like a pre-dinner drinking tradition. Basically, you get yourself a cocktail for about 10 Euros and that gives you access to this massive buffet.

And that’s all for our visit to Milan. We hope this video will give you some cool ideas of sights and attractions to check out.