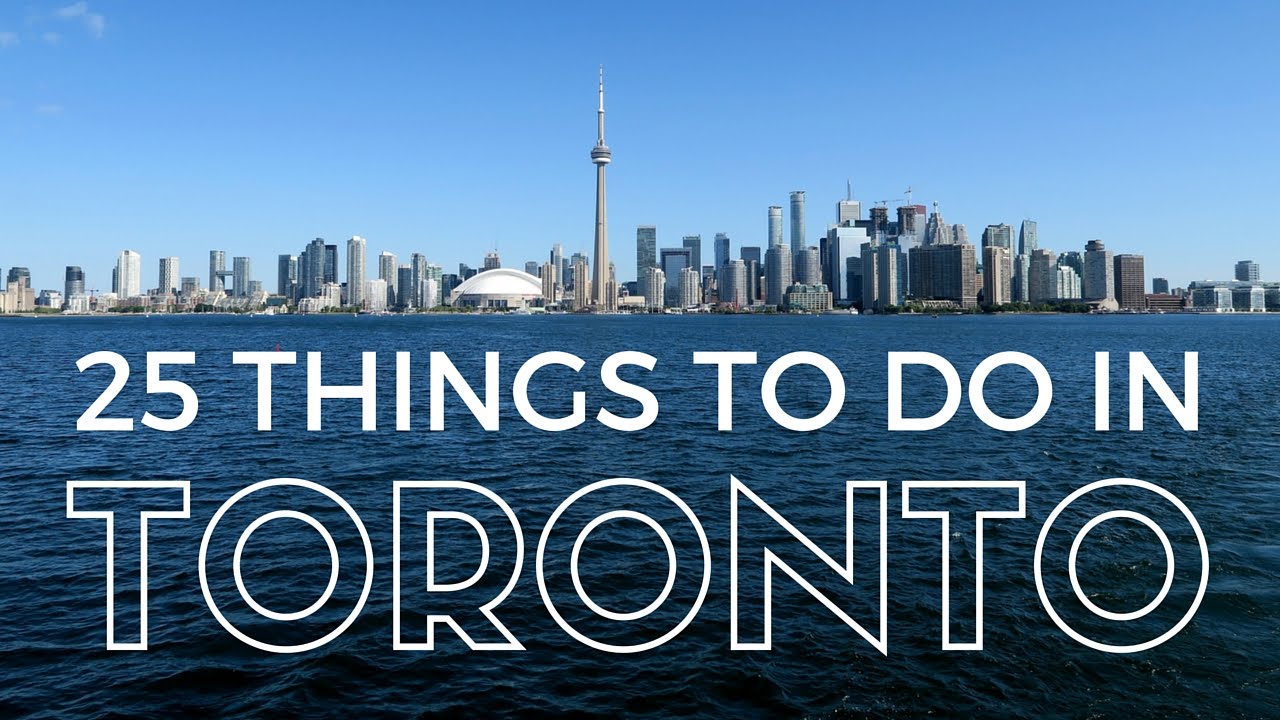 25 Things to do in Toronto Travel Guide

Come join us for a city tour of Toronto, Ontario, Canada! In this 25 things to do in Toronto travel guide we feature some of the best attractions, activities, restaurants, museums, shopping and entertainment options in the city along with some off-the-beaten path suggestions that will surely make your stay in the city unique and memorable.

In terms of restaurants in Toronto diversity and options galore is the name of the game. You can chow down on dim sum, Korean bibimbap or delicious Ethiopian cuisine. If that doesn’t tickle your fancy you have classic Canadian options like poutine and craft beer to wash down on a hot summer day in Toronto.

For the sports fan be sure to check out the Hockey Hall of Fame to learn about Canada’s national sport and check out professional sports teams the Toronto Maple Leafs, Toronto Raptors and Toronto Blue Jays.

25 Things to do in Toronto Travel Guide:

Our visit Toronto travel guide documentary covers some of the top attractions including a food guide (best restaurants and street food), top museums and the city by day. We also cover off-the-beaten-path activities you won’t find in a typical Toronto tourism brochure or Toronto, Ontario, Canada city tour.

25 Things to do in Toronto, Ontario Travel Guide and Top Attractions in Toronto, Canada Video Transcript:

Toronto is considered Canada’s melting pot. It is said that half of the people living in Toronto were born outside of the country, so that means lots of different languages, sights and flavours, which make the city a really fun place to explore. With only a few days in Toronto, we set out to visit a mix of neighbourhoods, top attractions, and of course, we also made time to sample plenty of food. The following travel guide will showcase 25 things to do in Toronto, so if you’re planning a trip here or you need some travel inspiration, be sure to stick around as we take you on a city tour.

And that’s a wrap for TO! We hope you enjoyed this city guide and that it gave you some ideas of what to see and where to go on your trip. As always if you have any suggestions of things to do in Toronto that we may not have mentioned, feel free to share those with fellow travellers in the comments below. For more travel videos from around the world, be sure to hit subscribe!

This is part of our Travel in Canada video series showcasing Canadian food, Canadian culture and Canadian cuisine.