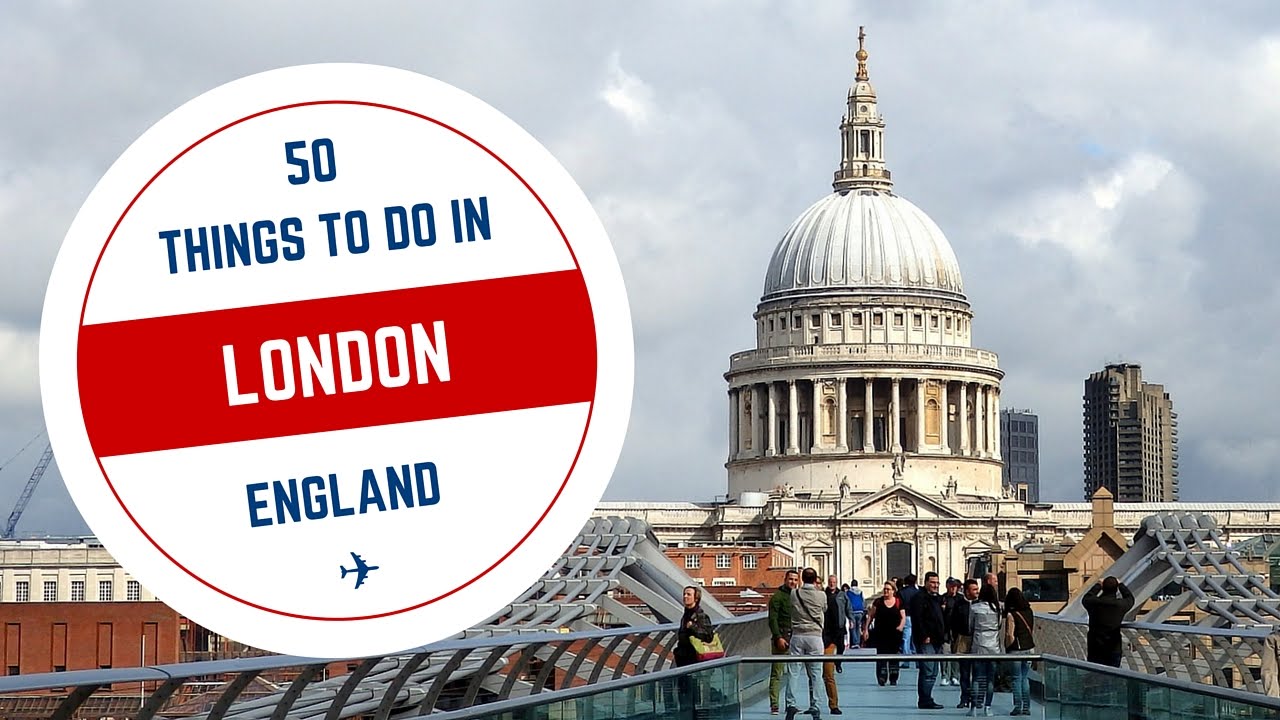 50 Things to do in London Travel Guide

London is one of the most visited cities in the whole world, and it’s easy to see why. It is vibrant, it is exciting, and there’s something to do every single night of the week. You could spend a full year in London and never run out of new places to visit, but since we were a bit more limited with our time, we decided to film a city guide showcasing 50 things to do in London. We hope this will help showcase some of the sights and attractions this city has to offer, and that it’ll come in handy for anyone out there planning a trip. Let’s begin!

Our visit London travel guide covers some of the top attractions including the best in arts, entertainment, museums, nightlife and restaurants in London. We also cover off-the-beaten-path activities that you won’t find in your typical tourism brochure or London city guide.

So Hello from London! Time for a new destination. This is a city that I haven’t visited in almost 4 years. So we’re both very excited to be in London. And we’re going to be making a little video guide. Actually a really big video guide because we plan on showing you 50 different things to do around London.

Our first stop was Trafalgar Square. This square leads to a lot of central attractions, so it’s a nice place to people watch, get your bearings, and plan out where you want to go in the city.

The London Eye is a giant Ferris wheel on the South Bank of the Thames. It offers a bird’s eye view of the city.

The Palace of Westminster, also known as the Houses of Parliament, is the meeting place of the House of Commons and the House of Lords. The Palace along with Big Ben are two of the top London attractions that dot the city-scape.

The Tower of London sits on the north bank of the River Thames.

And that’s a wrap for London! Like with any mega city, it’s impossible to cover all the sights and attractions you can enjoy here, but hopefully this video will give you an idea of what London has to offer.

This is part of our Travel in England series showcasing English culture, English foods, English cuisine and English people.

Top 5 Travel Tips for Cancun and the Riviera Maya

Time travel to the early 20th century of Seoul! 💝⏱