THAILAND – Famed oysters from Ban Don and Chaiya bays could perish in large numbers in the aftermath of the floods, fishermen say.

According to the Bangkok Post, their worries emerge as 130 shrimp farms covering 20,000 rai of coastal area in six districts have been damaged by the floods, causing losses worth about 200 million baht, said Akapot Yotpinit, chairman of Surat Thani’s shrimp farmer group.

Farmers are concerned shellfish could die en masse, causing up to two to three billion baht in damage after oyster and cockle farms in coastal areas in Ban Don and Chaiya were invaded by fresh water, said Sila Wandee, chairman of Surat Thai’s local fisherman group.

“There’s a risk that oysters, the symbol of Surat Thani, will all die.”

Some shellfish on more than 10,000 rai in Ban Don bay have begun to die as the marine species cannot adjust themselves to the change in salinity, said Mr Sila.

He said villagers had told the prime minister of risk posed to oysters from floods since 2008. “So far we’ve heard nothing except for accusations that we’re unregistered fishermen.”

The rain has stopped in Surat Thani, but areas by the Tapee river in Phunphin district are still under water. Many villagers get about in boats.

The depression-triggered floods which hit southern Thailand early this month have left huge damage in Surat Thani with 207,046 affected householders in all 19 districts. 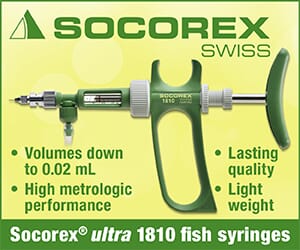 In the second instalment of the series, novice mussel farmer Jude Brown, who’s based on the Isle of Skye, goes on the tr…

A new conservation project based in Trà Vinh, Vietnam is encouraging farmers to breed shrimp in mangrove habitats to pro…

Lessons from China: the home of integrated aquaculture

Measures to revitalise China’s vast, but beleaguered, kelp aquaculture industry are suggested in a new review of the country’s seaweed farming sector.

The prospect of the large-scale commercial farming of a seaweed species that can dramatically reduce methane emissions from cattle is one step closer, thanks to a significant research breakthrough.

Plans to establish a fishmeal factory in rainforest near a picturesque beach in Seirra Leone have met with strong local opposition.

Clean Seas, which produces yellowtail kingfish in South Australia, is set to expand production, following a decision by Whyalla Council.