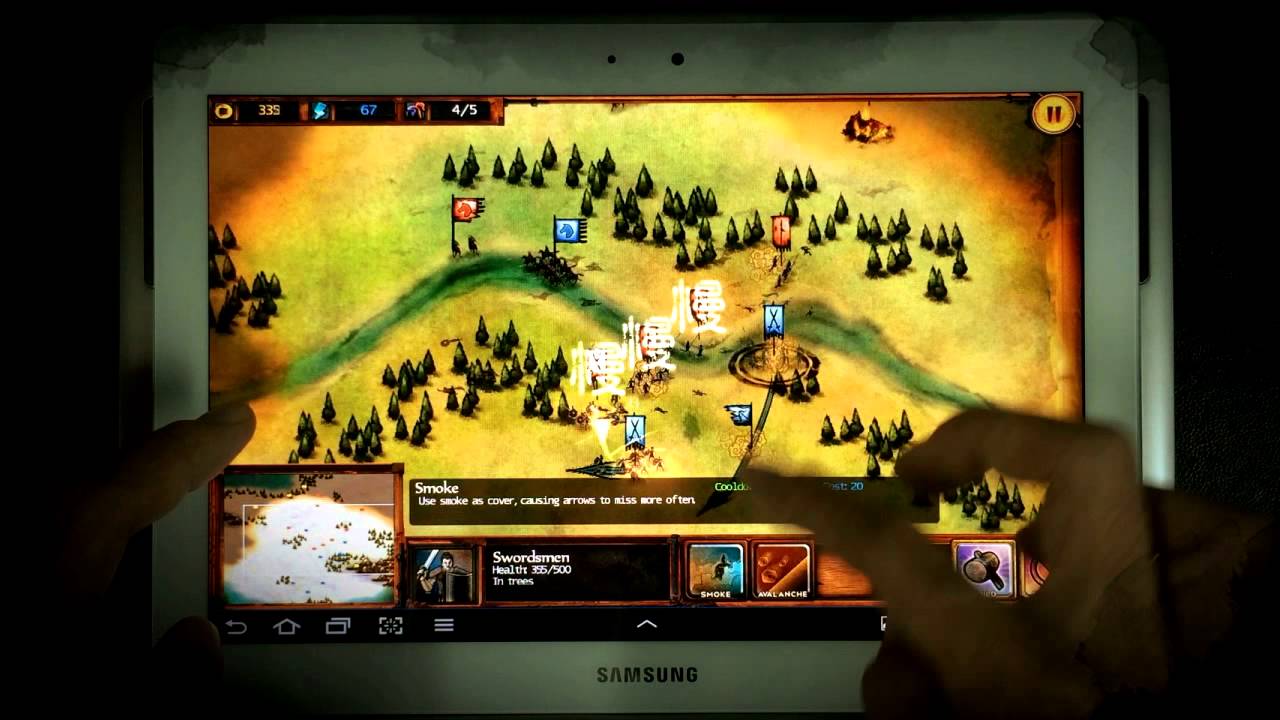 The traditional Chinese painting becomes an epic battlefield in Autumn Dynasty — a multi-touch real time strategy game for Android devices. Direct your armies with brushstrokes in the spirit of classical maneuver warfare; employ terrain, positioning and cunning stratagems to defend your lands and conquer your foes!

For generations, the knowledge of firedust and the legend of the Thousand Sun Weapon has kept the Autumn Empire safe from foreign barbarians. But now the government is weak and her officials corrupt; masked subversives lead the peasants in righteous revolt, threatening to lay bare the secrets of Empire. As civil war threatens to tear the land asunder, will you take up the sword, and stand on mountains to mend the sky?