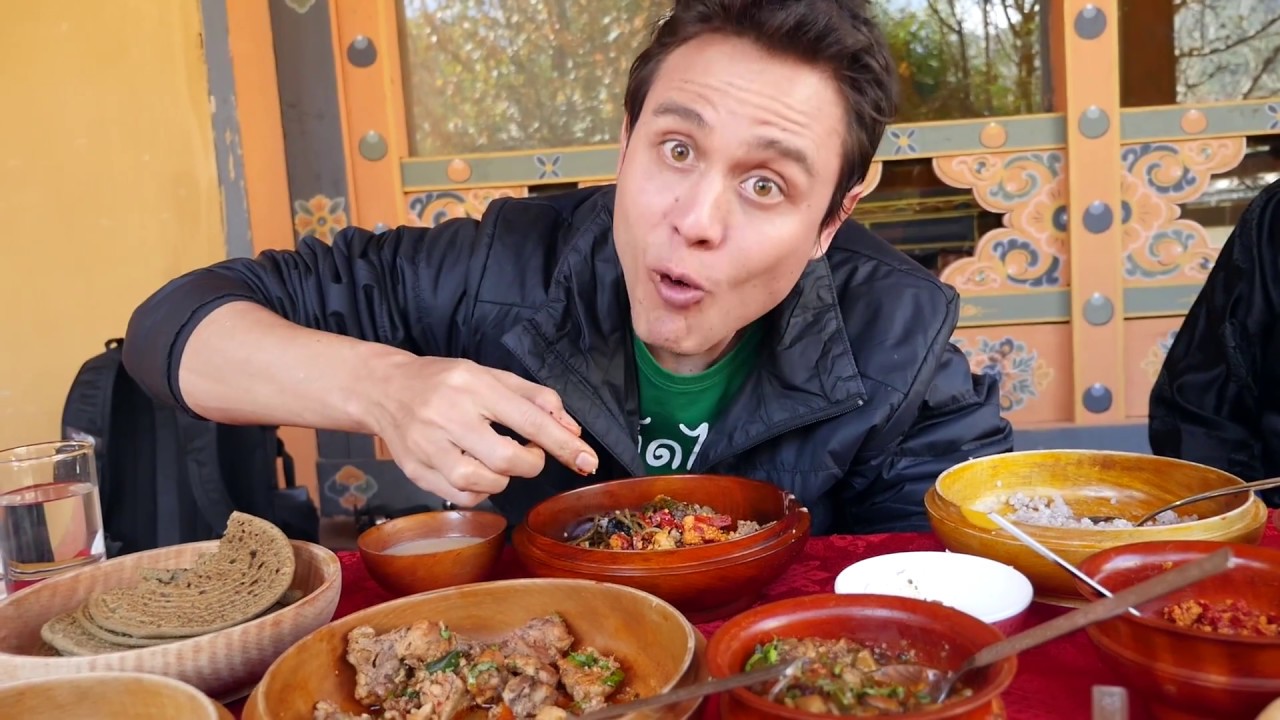 If there’s one Bhutanese food restaurant you have to eat at when you’re in Bhutan it’s the Folk Heritage Museum Restaurant. This was probably the best Bhutanese food meal that I had in all of Bhutan. The food and the knowledge of Bhutanese culture was amazing.

Folk Heritage Museum Restaurant – They also have a museum, but the best reason to come here is for their restaurant. They aim to really preserve traditional Bhutan culture and food. Even though I had been in Bhutan for almost two weeks already, I tried some very unique Bhutanese dishes at Folk Heritage Museum Restaurant and also got a lesson on how to eat traditional Bhutanese food. This is one of the world’s greatest Bhutanese restaurants and preservations of Bhutanese culture in Thimphu.

After our huge Bhutanese food lunch we had some Indian food with Matt including some momos and paratha for dinner.

It was a great day of food in Thimphu, Bhutan!

It was an honor to be invited by MyBhutan to visit Bhutan to explore Bhutanese food and culture. Thank you to MyBhutan Productions for making my trip and this video possible!

Do you want to explore Bhutanese cuisine in Bhutan? Go to to book your exclusive food tour with MyBhutan.

►Subscribe to my channel for more delicious food videos: