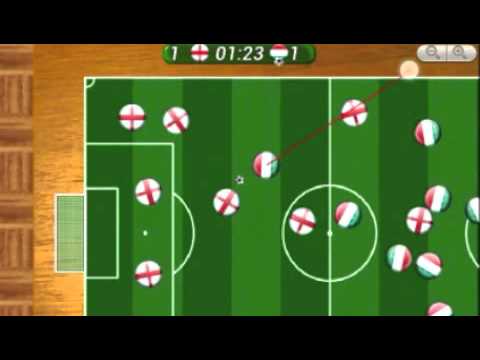 Button Soccer is mostly played in Hungary and in Brazil. It simulates soccer; the board depicts a soccer field and both players control a team of disks (or rings), and move them by flicking or pressing their edges, in order to hit a smaller disc (the ball) with them. If they can move the ball into the goal, they add one to their score. The larger discs are considered as players of the team.

There is an official set of rules. It differs so much from the way casual players play that it has an own name, Sectorball. It is considered as a sport and has very detailed rules.