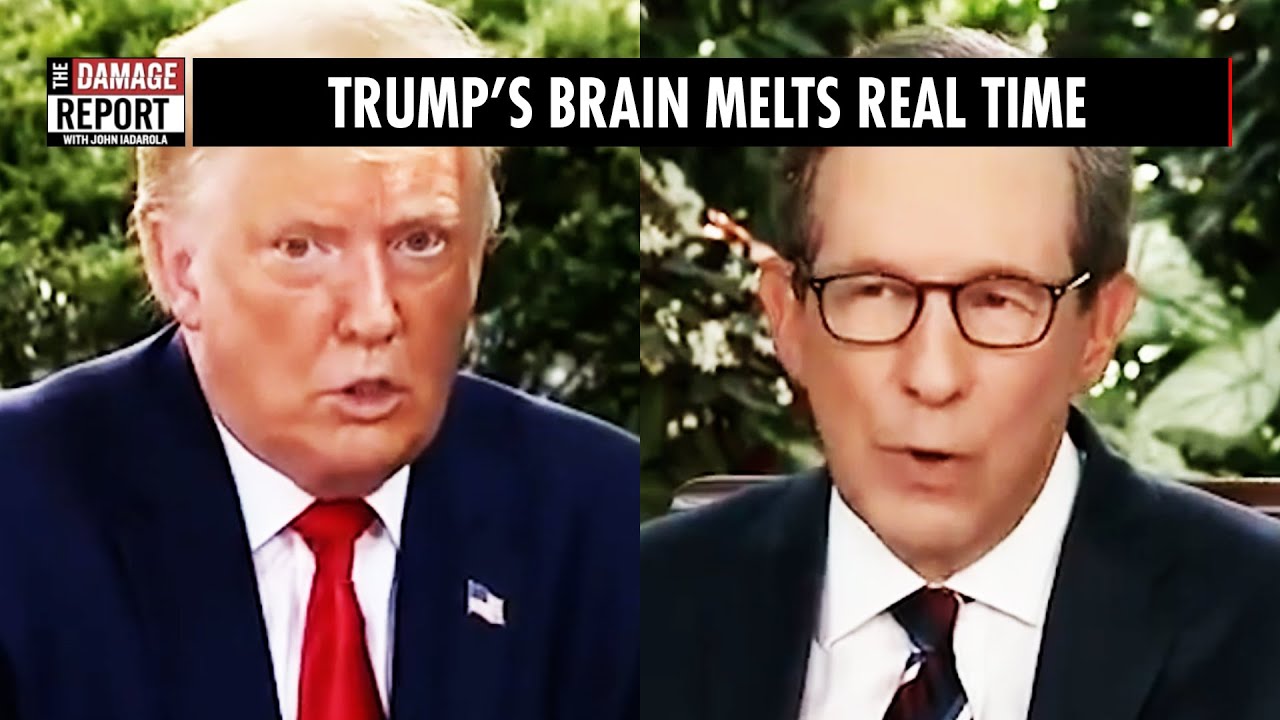 Chris Wallace looks very concerned about Trump’s mental health after an insane rant. John Iadarola and Francesca Fiorentini break it down on The Damage Report. Follow The Damage Report on Facebook:

Help build the Home of the Progressives

“THE WHOLE PATHOLOGY of Donald Trump’s presidency — his inability to accept facts that are not flattering to him, his resort to lying to cover up his mismanagement of the federal government, his staff’s desperate efforts to manufacture evidence to help him mislead the country and the conservative media’s role in enabling all of this — was on full display in just one 63-second exchange with the Fox News anchor Chris Wallace broadcast on Sunday.

Less than two minutes into the interview, Wallace confronted Trump with a damning statistic about his failure to contain the Covid-19 pandemic, relative to other nations. “We have the seventh-highest mortality rate in the world,” Wallace noted, accurately. “Our mortality rate is higher than Brazil, it’s higher than Russia and the European Union has us on a travel ban.”

How to use the Recycle Bin on any Windows Computer

Back to School Student Health and Well-Being with Peel Public Health and Dr. Monica…