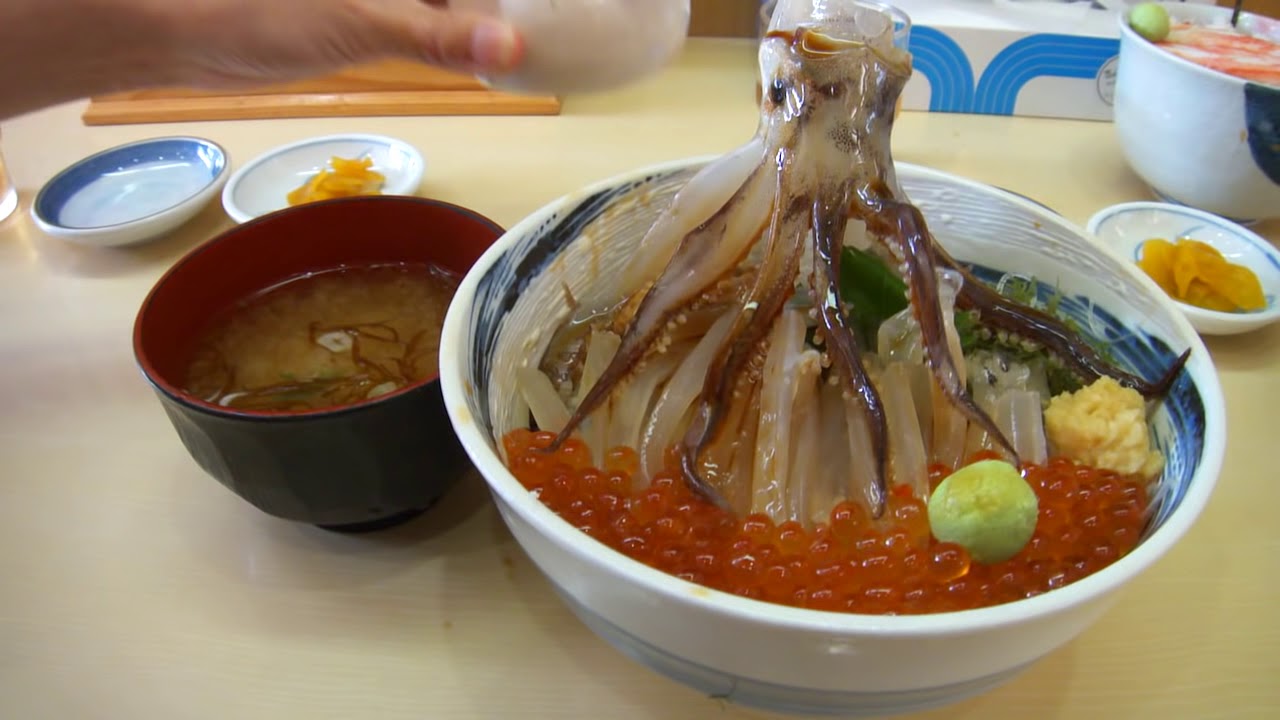 A seafood bowl I ate in Hakodate in Hokkaido, Japan. It had salmon roe and seaweed and some other things, with the highlight being the “dancing” squid on top.

Dancing squid dishes seem to be at many restaurants in Hakodate, but this particular one may have been the only one with this bowl set. The place was located in the seafood restaurant arcade across the parking lot from Hakodate Station if anyone is interested.

Edit: I added some information in a reply comment but it’s now buried somewhere. The basic idea behind the sodium in the soy sauce causing the legs to move has been covered in the comments, but there’s still some question as to whether or not it’s officially “dead” at the time of serving. The brain is probably still in the body, but a significant part of its nervous system, the giant axon, I believe extends into the mantle, which has been cut. I’m not an expert on squids so I can’t really come to a definite conclusion about that.
As you can see in the beginning, it’s not moving at all when it’s brought out so I assume that signals around the body have stopped, whereas a fresh intact squid out of water would constantly move around. This doesn’t necessarily mean that it’s “dead” but it seems to me that it’s at least incapacitated.

Here’s an explanation of a similar occurrence using frog legs:

I filmed this strange dish myself in Hakodate, and I am the original copyright owner. Please feel free to ask before using. Thank you!