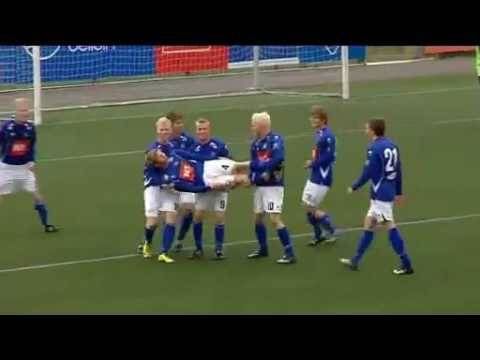 The video above is already spreading like something involving Justin Bieber and is being described as the greatest goal celebration ever. In it, Icelandic club Stjarnan wins in extra time off a penalty kick from Halldor Orri Bjornsson, giving the team reason to unleash a performance that involves Halldor fishing for his human fish teammate Johann Laxdal (“lax” means salmon in Icelandic). Once “caught,” the players lift up Laxdal for a fake picture and thus complete a perfectly executed and delightfully intricate goal celebration that probably took more than a little preparation.

When Halldor Orri scores a great goal he decides to go fishing and catch on his mate Johann Laxdal or Johann the salmon. The game was Stjarnan against Fylkir in the top league in Iceland and the goal was the winning goal in extra time.

Fair Use and fair play maintained
in this Video

How to make a soccer field in Bloxburg