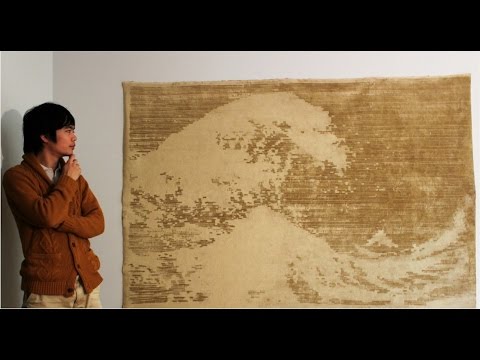 Graffiti Fur: Turning Your Carpet Into a Computer Display

We proposed a display technology that utilizes the phenomenon whereby the shading properties of fur change as the fibers are raised or flattened. One can erase drawings by first flattening the fibers by sweeping the surface by hand in the fiber’s growth direction, and then draw lines by raising the fibers by moving the finger in the opposite direction. These material properties can be found in various items such as carpets in our living environments. We have developed three different devices to draw patterns on a “fur display” utilizing this phenomenon: a roller device, a pen device and pressure projection device. Our technology can turn ordinary objects in our environment into rewritable displays without requiring or creating any non-reversible modifications to them. In addition, it can be used to present large-scale image without glare, and the images it creates require no running costs to maintain.