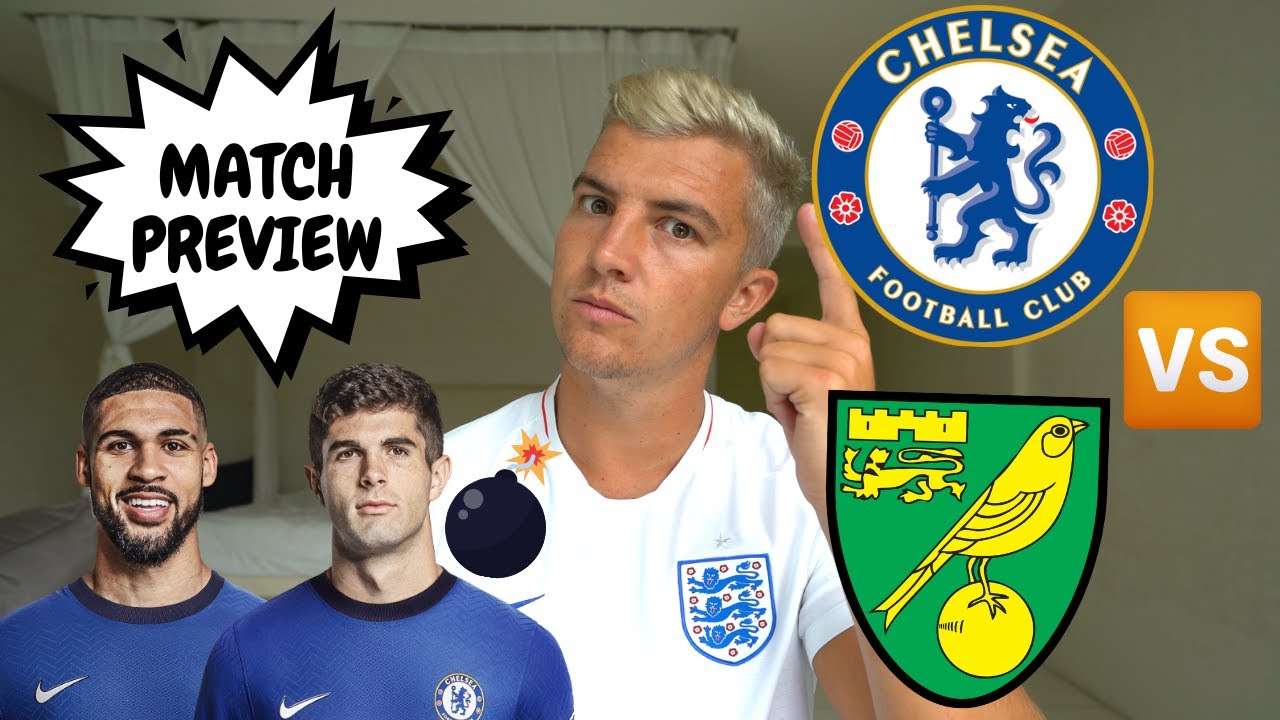 How CHELSEA FC Will Beat NORWICH TODAY | CHELSEA vs NORWICH MATCH PREVIEW. Chelsea vs Norwich in the Premier League. Kick Off at 20:15 UK time. Chelsea FC will be looking to beat already relegated Norwich to cement their position in third place in the Premier League table with three games still to play. Chelsea FC are looking to bounce back following Sheffield United 3-0 Chelsea last time out! Let me know your predicted Chelsea Starting XI in the Comments below!