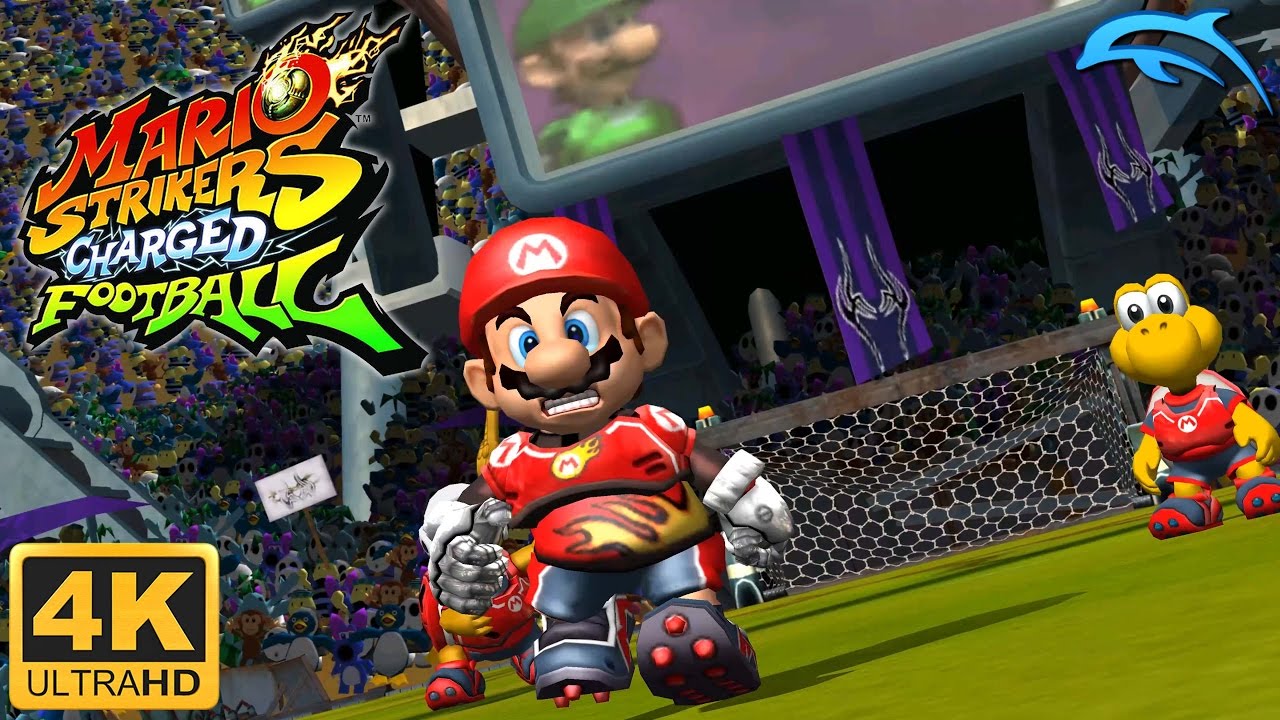 Mario Strikers Charged, known in Europe and Australia as Mario Strikers Charged Football, is a sports video game developed by Canadian developer Next Level Games and published by Nintendo for the Wii. This game was announced at the 2006 Games Convention in Leipzig, Germany as the sequel to Super Mario Strikers for the GameCube. It was released on May 25, 2007 in Europe, June 7, 2007 in Australia, July 30, 2007 in North America and September 20, 2007 in Japan.
The game supports the Nintendo Wi-Fi Connection, through which players can participate in online matches and tournaments. Upon its European release, it became the first Wii online game to be available outside Japan. It was also the second Mario game released on the Wii after Super Paper Mario and the first Mario game to be given a rating higher than E by the ESRB.

– recorded by Nvidia Shadowplay (Share)
– some games can have graphical issues, lags and other problems…