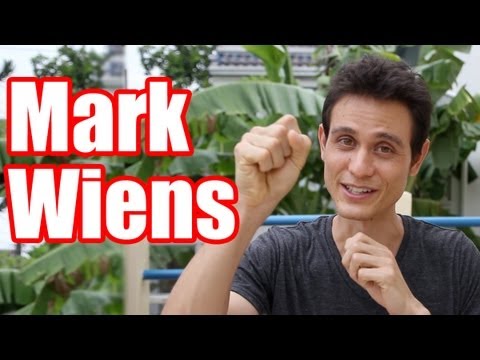 Hey, it’s Mark Wiens from Migrationology.com. If you’re interested in more, I will be sending you current travel and food updates, just sign up here:

While most of the time you probably see me eating food, I’ve been receiving a lot of questions lately asking me who exactly I am, how I started traveling, why I love eating so much, and how I earn a living. So in this video I’m going to quickly explain how and where I grew up.

I was born in Phoenix, Arizona, in the USA in 1986. My mother is from Hawaii, and she’s Chinese, so I’m half Chinese. Visiting Hawaii, where food is a huge part of the culture, is where I first became so obsessed with all things food. My grandfather was a Chinese chef, so food has been a big part of my family.

My parents are Christian missionaries, so when I was 5 years old, we moved to France for a year. I attended my first year of school in France. We then moved to DR Congo, which was then known as Zaire. We lived in the middle of the jungle and as a kid I would run around exploring and eating interesting and rather bizarre jungle creatures. Due to war in Zaire, we moved to Nairobi, Kenya, where I attended a Christian international school for 8 years until graduating from high school. After high school I went back to Arizona and attended Arizona State University for 4 years, graduating with a degree in global studies.

After graduating, I didn’t want to just get a job, so I started traveling again. I traveled in South America and then went to Asia where I finally got a job teaching English for a year. During that year though, I decided not to ever teach again but to do everything I could to make it as a freelancer on the internet and be able to have freedom to travel (and eat). It was in Thailand that I met my girlfriend, who is now my wife, so I am married!

This brings us up to now. For a living I do a combination of selling my own ebooks, freelance writing, making videos, and all sorts of other random projects like SEO and social media marketing.

Thank you very much for watching this life sketch video and if you have any questions for me, be sure to let me know in the comments below. You can also ask me on Facebook here: