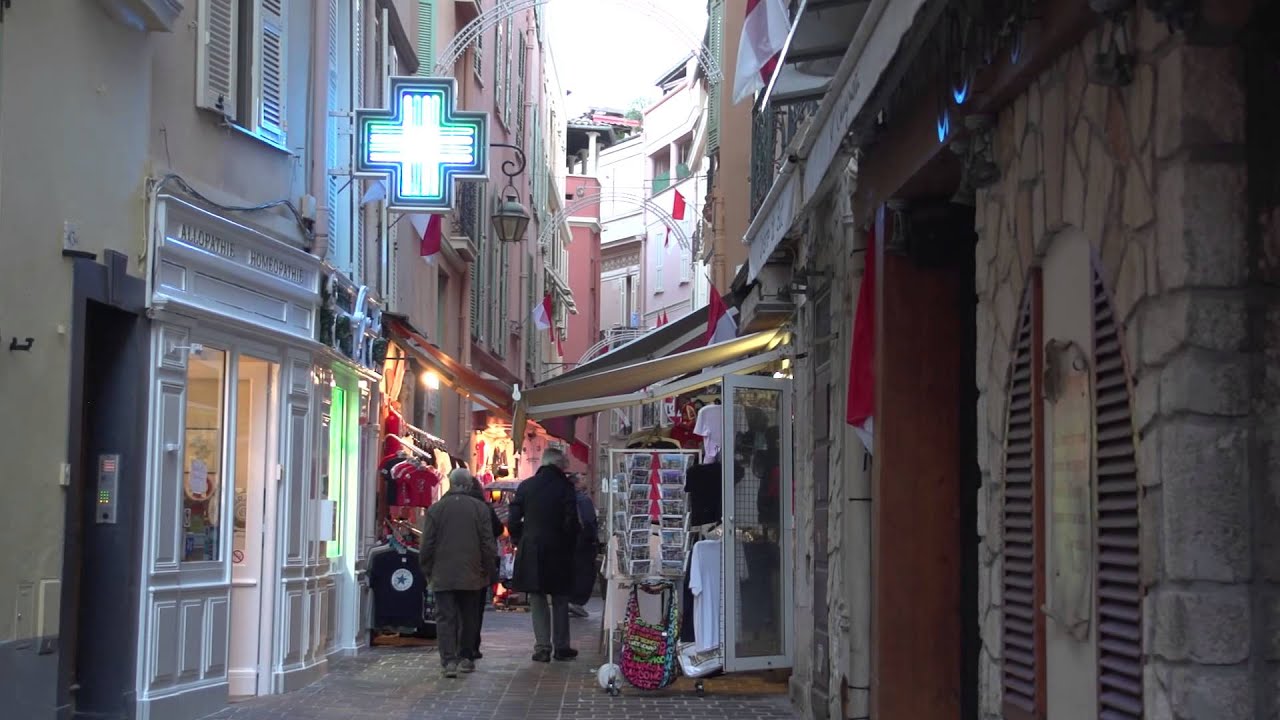 The world’s most deluxe country.
Passing through Eze sur Mer, but were not stopping because we are heading to Monaco, the world’s second-smallest country, after the Vatican, less than a square mile in size. It’s been a sovereign nation since 1861 when it gained independence from France, and it’s a full member of the United Nations — small, but filled with beautiful contrast, one of the world’s most deluxe places.
The Tourist Information office in the train station is a great place to stop and pick up some brochures and you can get a free city map here and you’ll find they are very helpful.
And yet despite this diminutive size, there is contrast in Monaco: You’ve got the Old Town and you’ve got the new ultra-modern town…you’ve got the waterfront and you’ve got the hillside…there are beautiful flowers and gardens and historic sites.
This program will focus on the two main areas for the visitor: The old town and Monte Carlo with the casino and elegant shopping area.
Monaco is more than twice as densely populated as the second most crowded country, which is Singapore.That’s with a population density in Monaco of about 47,000 people per square mile, compared to Singapore with about 20,000 people per square mile.
Now this is really crowded compared to other European countries. For example, the UK has got about 700 people per square mile, Italy 500 people per square mile. So we are talking about a very crowded and packed in place, this Monaco, and yet they manage it amazingly well. Perhaps this is a model for the other big cities of the world, showing how to grow and how to plan your city.
Several cities in the world have got twice the population density of Monaco, including Dacca, the most crowded city in the world, the capital of Bangladesh, Manila and Mumbai. Other cities that are more crowded include in India, Delhi and Calcutta, also Hong Kong, and Paris is more densely populated; Bogotá, Karachi, Cairo, Hong Kong, Singapore, Mumbai, Manila and even Paris. And yet Monaco does a very good job of organizing the people who live here into beautiful buildings and lovely neighborhood, so they’re doing a great job in handling that population. The might even be considered a model for the rest of the urbanizing areas of the world.
Monaco gained its independence back and 1489, and had a protectorate with Spain for about 100 years and, and then with France, and then with Sardinia up until 1860.
Monaco became independent from France in 1861.
And today it’s a sovereign nation represented in the United Nations.
It’s surrounded by France and there is a military arrangement where it’s defended by France.
Monaco is quite active on the international scene with consulates in 72 different countries, and within Monaco, there are 65 countries that have embassies, along with 75 nations with consular offices, so this is by no means a small, isolated place. It’s very much part of Europe.
The economy will surprise you. You might think that all of the revenues are gained from the gambling casino and related gambling ventures, but actually gambling represents only 3% of the nation’s revenue of the nation’s revenue, the GDP.
The present casino was first inaugurated in 1863 and gradually grew an expanded ever since. It’s an elaborate structure with the principal façade fronting the town in the south façade overlooking the sea. The earliest portion was rebuilt in 1878 by Charles Garnier, the architect of the grand opera house in Paris.
Of course gambling was very important back in the 19th century when it was just getting started. The first casino was opened in 1856.
The principal entrance of the casino is between two towers with domes of colored tiles, and flanked by statues of the Seine and the Mediterranean.
The south façade has three arcades with Venetian mosaics and two slender towers, and niches at the side with statues representing music and dance.
To arrive on the terraces of Monte Carlo at twilight on a springtime or autumn evening is one of the great episodes in one’s life.

Learn to Pack Like the Pros | Magellan's Travel Supplies