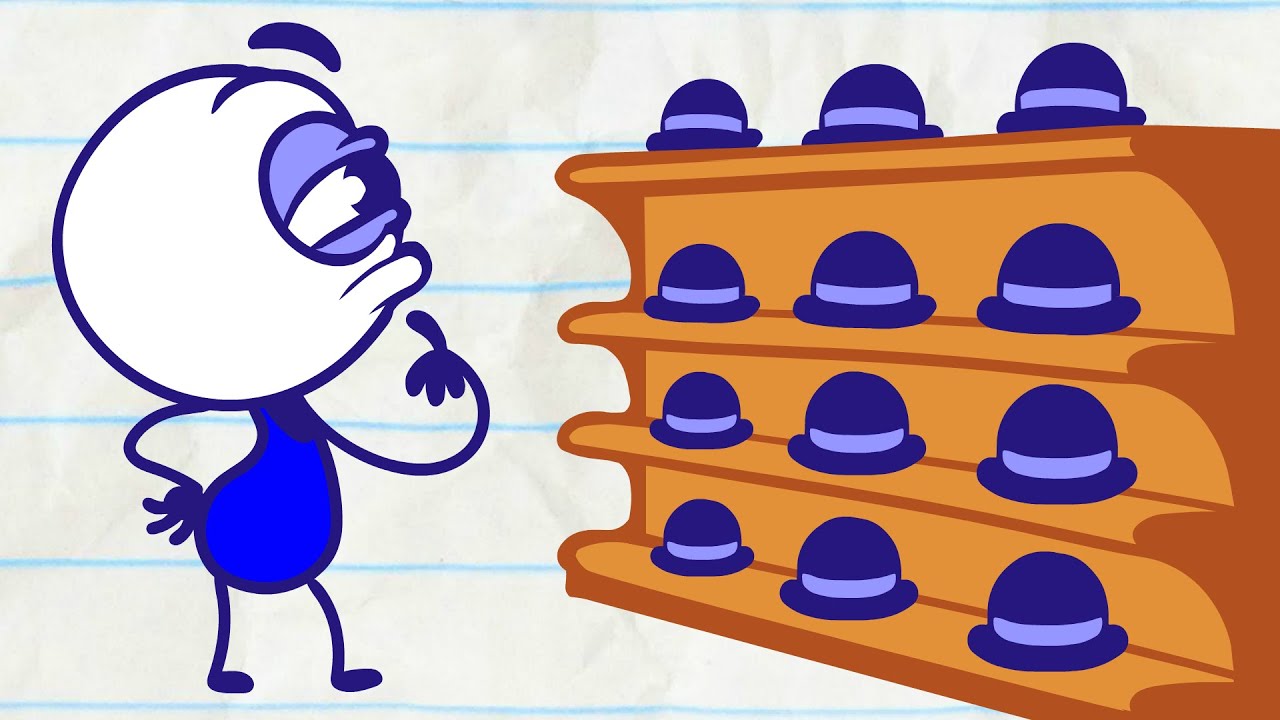 Pencilmate and His Fashion Fiesta!

Don’t fly away like Pencilmate’s hat, we’ve got more fun filled episodes for you:

2:42 – A FORCE OF SIGNATURE
Pencilmate is out to buy a new car… but what is this long agreement the pushy salesman is trying to make him sign?!

5:48 – WHAT LURKS IN THE SHADOW PUPPETS
Pencilmate and Pencilmiss play shadow puppets SO WELL!

7:00 – HICCUP IN ARMS
Pencilmate tries everything to stop his hiccup.

13:37 – A-DOOR-ABLE
Little Blue Man wants to meet Little Red Girl but it is a much harder task than he previously thought!

15:03 – TV TRAUMA
Pencilmate and Mini P fight for the remote control until they become the stars of their own very funny show.

17:18 – FORBIDDEN FLUTE
If only Mini P could pick a different instrument to play…

ABOUT PENCILMATION :
Pencilmation is a cartoon channel for not-too-serious grown-ups. It is made with love and a lot of fun by an international team helmed by Ross Bollinger who started the channel alone in his room a long time ago. Follow the new, wacky, and often times quite silly adventures of Pencilmate, Little Blue Man, Pencilmiss and other toons every Tuesday, Thursday and Saturday.

Expo Backside fashion from behind