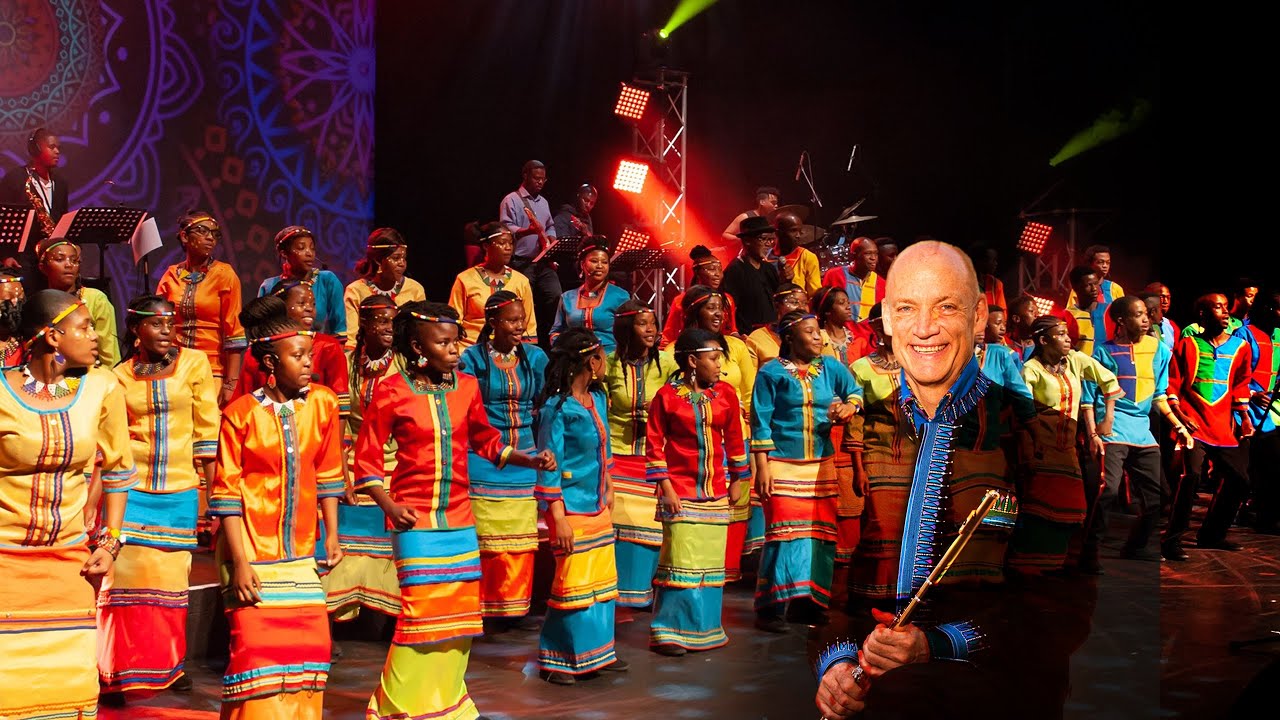 In this tribute to the Health Workers by Wouter Kellerman and The Mzansi Youth Choir from Soweto, these lines from “The Climb” describe the character of the Health Workers worldwide. Despite the dangers, they are climbing very steep mountains to summit the top, but the next morning there is another and even higher mountain awaiting them…and then another.

Above your masks, your eyes project hope, determination, but also deep sadness and true empathy. With our music and in Miley Cyrus’s words, we want to encourage you..
“Keep climbing
Keep the faith
It’s all about
The Climb….”

Filmed under South African Covid-19 lockdown regulations with compliance of all social distancing and other safety regulations.

ABOUT WOUTER KELLERMAN
Globe-trotting flutist and composer Wouter Kellerman received a 2015 Grammy® Award for his album ‘Winds of Samsara’.

His next album ‘Love Language’ debuted at nr. 1 on the World Music Billboard charts and received a Grammy® nomination for Best Contemporary Instrumental Album, Kellerman’s second nomination in as many years.

Kellerman has also been recognised at home, winning seven SAMA’s (South African equivalent to the Grammy), reinforcing his status as one of South Africa’s foremost musicians. Delighting audiences with a magnetic alchemy of warmth and technical mastery, Kellerman finds his inspiration in the spaces between cultures and countries, genres and disciplines.

He has travelled extensively, performing in places like Berlin, Shanghai, Delhi, Amsterdam, New York, Los Angeles, Johannesburg, Sydney and at the opening of MIDEM in Cannes. Performance highlights include the Soccer World Cup Closing Ceremony for 700 million people and multiple performances at Carnegie Hall in New York.

Passionate about teaching and empowering young people, Kellerman has sponsored the SOS Children’s Village for the past 17 years. For his continued efforts in helping give these children a better life, Kellerman was nominated for the Inyathelo Special Recognition Award for Philanthropy.

ABOUT MZANSI YOUTH CHOIR
The Mzansi Youth Choir from Soweto was formed in 2003 with the aim of firstly, affording talented, underprivileged teenagers and young adults the opportunity to proficiently perform locally and abroad, secondly, to create an appreciation of traditional African music nationally and internationally and finally to embrace various music genres.

• Performed at 2010 Soccer World Cup – the choir shared the stage with Columbian superstar Shakira and local group Freshly Ground for the performance of the official World Cup song ‘WakaWaka’ at the Kick-Off Concert as well as the World Cup Final.

• Performance highlights include international tours to Canada, Denmark, England, Turkey, Scotland, Russia and Egypt, with special performances at the Royal Albert Hall, The Presidential Inauguration, on The Voice and Dancing with the Stars.

• We were honoured to share the stage with international stars such as Andrea Bocelli 2010, Josh Groban 2015, Shakira 2010, D’Banj 2018, Celtic Women 2016 and Beyoncé during December 2018 at the Global Citizen’s concert in FNB stadium.

MYC’s beautiful, youthful sound, exciting choreography, pulsating energy, vibrancy, and devotion to South African music is an experience not to be missed.

Advice from teenagers to their parents on mental health