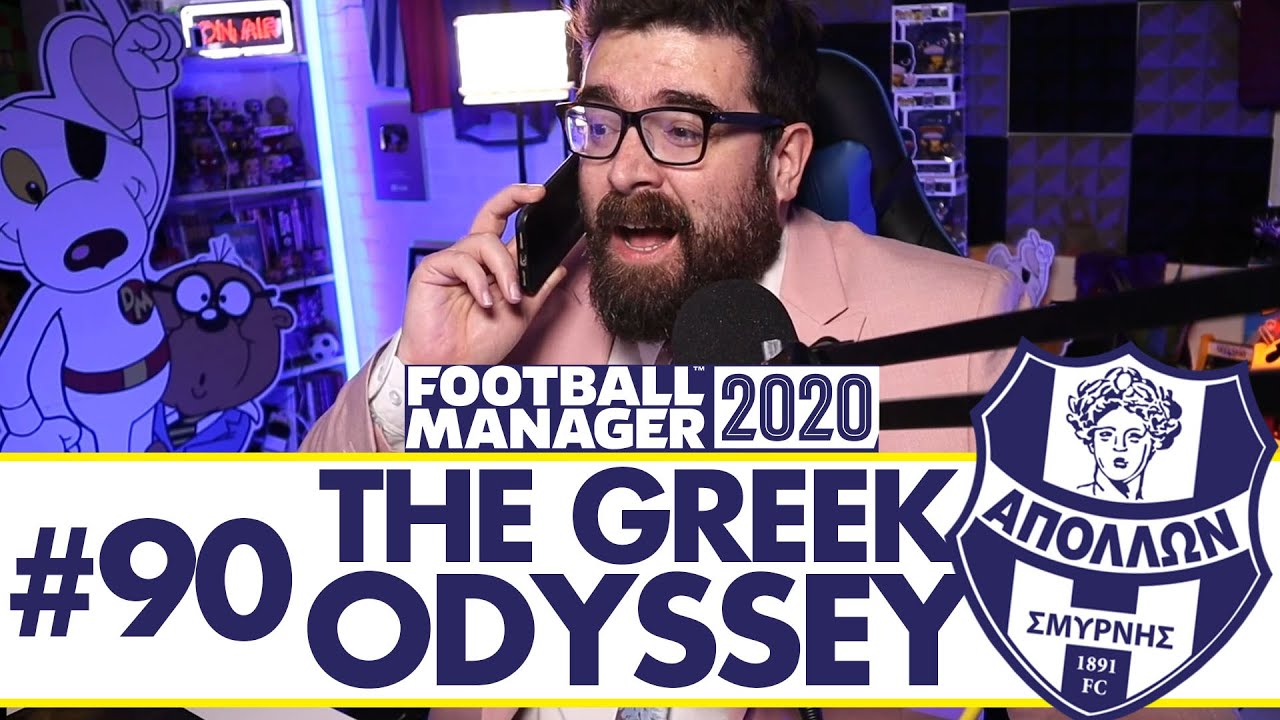 Another episode in my Road to Glory FM20 series with Greek second tier side Apollon Smyrnis. This Football Manager 2020 series starts off in the Greek Super League 2 – we’ve got no money, no fans and no idea how to speak the language. But we do have Mrs Wearmouth’s millions, which she’s used to build a state of the art youth facility and some lofty ambitions of Apollon winning the Champions League and Greece winning the World Cup. If she can find a recently retired Kev…

Check out the last episode here 👉