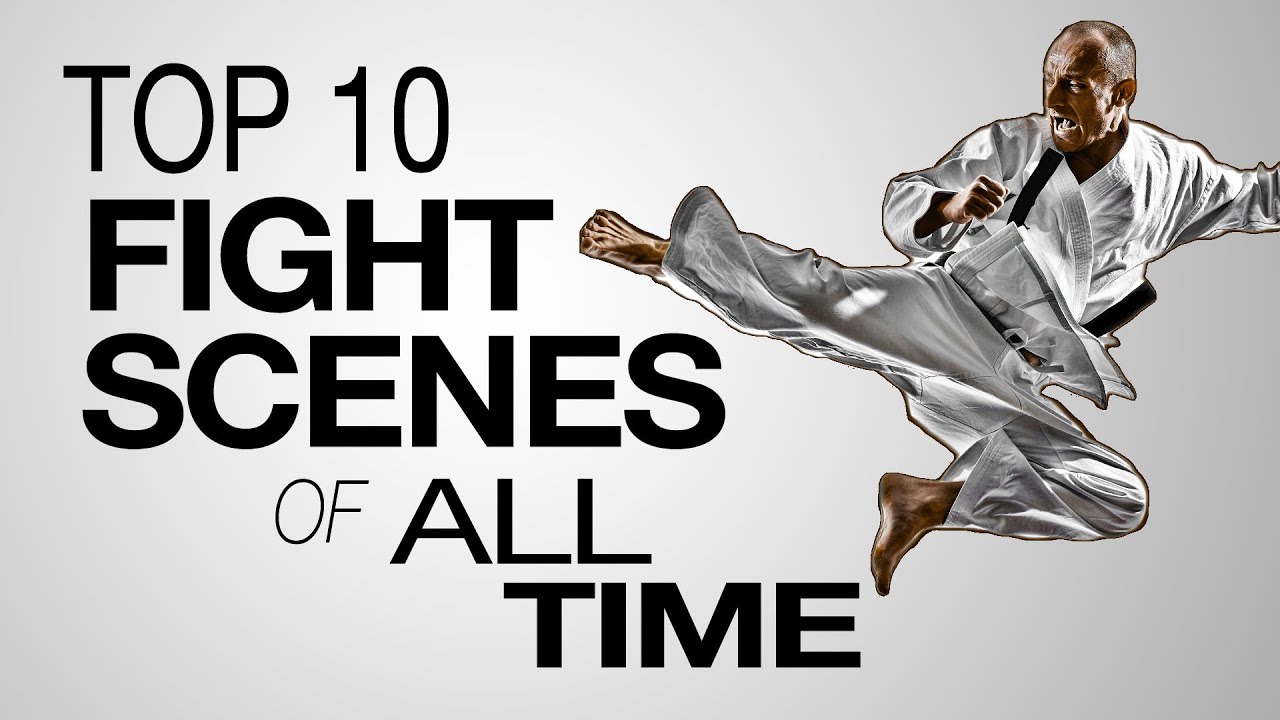 Nothing pumps up the action in a movie more than two (or more) skilled fighters just going at it. Be it a raw combat or CGI-assisted set pieces, every punch and kick in these fights is a step in an intricate dance. Subscribe:

What did you think of the list? Did you think we picked the right top 10? What’s your favorite action or martial arts movie? what’s the action hero match up (or team up) you’d like to see? What other topics would you like to see in future episodes?

Let us know in the comments!

The Matrix (1999)
Fight Coordinator: Yuen Woo-Ping
This movie was jam-packed with awesome fight scenes, but the Agent Smith vs Neo fight in the subway is a the ultimate combination between special effects and hand-to-hand combat.

Raging Bull (1980)
Director Martin Scorsese made the bold and unusual choice to put the camera inside the ring in the final fight with Sugar Ray Robinson, showing the fight from a boxer’s POV.

Ong Bak (2003)
Choreographer: Prachya Pinkaew
The movie that introduced the world to Tony Jaa, and fight choreographer Prachya Pinkaew, this is a full-throttle, no-holds-barred fight – no wires, no effects, just Muay Thai.

The Bourne Ultimatum
Fight Stunt Coordinator: Jeff Imada
This movie makes the bold choice of shooting a fight scene without music, letting the sense of urgency and action come completely from the fighters (and the props they throw at each other, hit each other with, and crash through, of course).

Hero (2002)
Fight Choreographer: Chium Siu-Tung
The Grey Fight between Jet Li and Donnie Yen is one of the most perfect weapons fights ever filmed, elevated by the fact that it takes place entirely within the two characters’ minds… until the end.

Kill Bill Vol. 1
Fight Coordinator: Yuen Woo-Ping
A nod and send-up of 70s Kung Fu flicks, the Bride takes on an astounding number of bad guys, resulting in gushes and gushes of blood, and a plucked-out eye.

Killzone SPL (2005)
Choreographers: Donnie Yen and Wu Jing
Yen is a martial arts legend, and his fights could comprise a list in and of itself, but this largely improvised fight has to be one of the most impressive achievements.

Enter The Dragon (1973)
Choreographer: Bruce Lee
We couldn’t go any other way with the #1 on this list. Without Bruce Lee’s incredible skills, and this iconic fight, movie fights wouldn’t be what they are today.

Our friends over at IndieWire put together some seriously inspired MOVIE LISTS: and CineFix is bringing ’em to life!