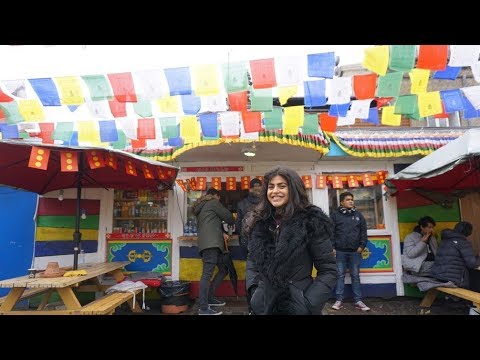 Christiania has been a source of controversy since its creation in a squatted military area in 1971.
Since its opening, Christiania has been famous for its open cannabis trade, taking place in the aptly named and centrally located Pusher Street, although named Green Light District by the Christianian council.

Freetown Christiania is a green and car-free neighborhood in Copenhagen, best known for its autonomous inhabitants’ different way of life. It was established in 1971 by a group of hippies who occupied some abandoned military barracks on the site and developed their own set of society rules, completely independent of the Danish government.

Freetown Christiania is a mix of homemade houses, workshops, art galleries, music venues, cheap and organic eateries, and beautiful nature. It is still a society within a society, for an example, you cannot buy a house in Christiania. You have to apply for it, and if successful, it is given to you.

For your own safety, visitors are advised not to film or photograph in Christiania, especially not in the area in and around Pusher Street, mainly due to the hash dealing, which is illegal in Denmark.