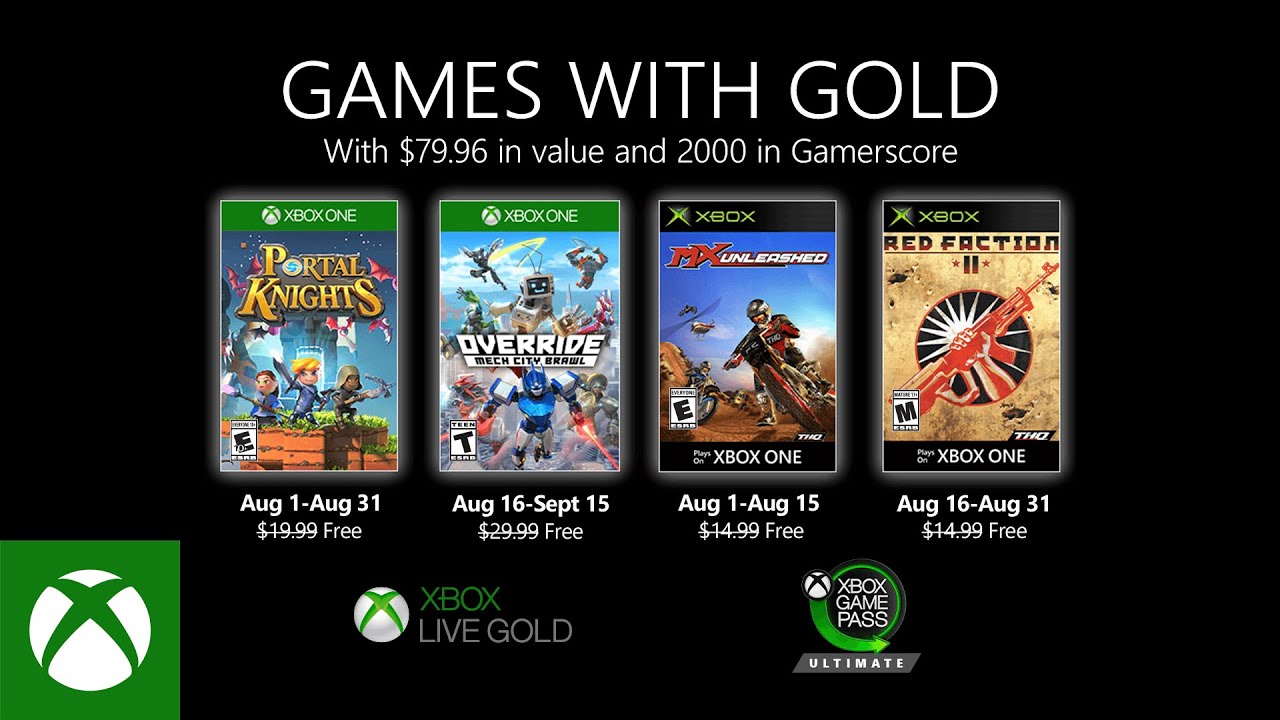 Play together with Xbox Live Gold and Xbox Game Pass Ultimate. August’s 2020 Games with Gold lineup for Xbox One includes: Portal Knights and Override: Mech City Brawl. For Xbox 360 owners (and through Xbox One backward compatibility), August begins with MX Unleashed and Red Faction II. August’s lineup provides over $79 dollars in value and up to 2000 in gamerscore.